A roller coaster ride for Preston Cooley—career and Covid 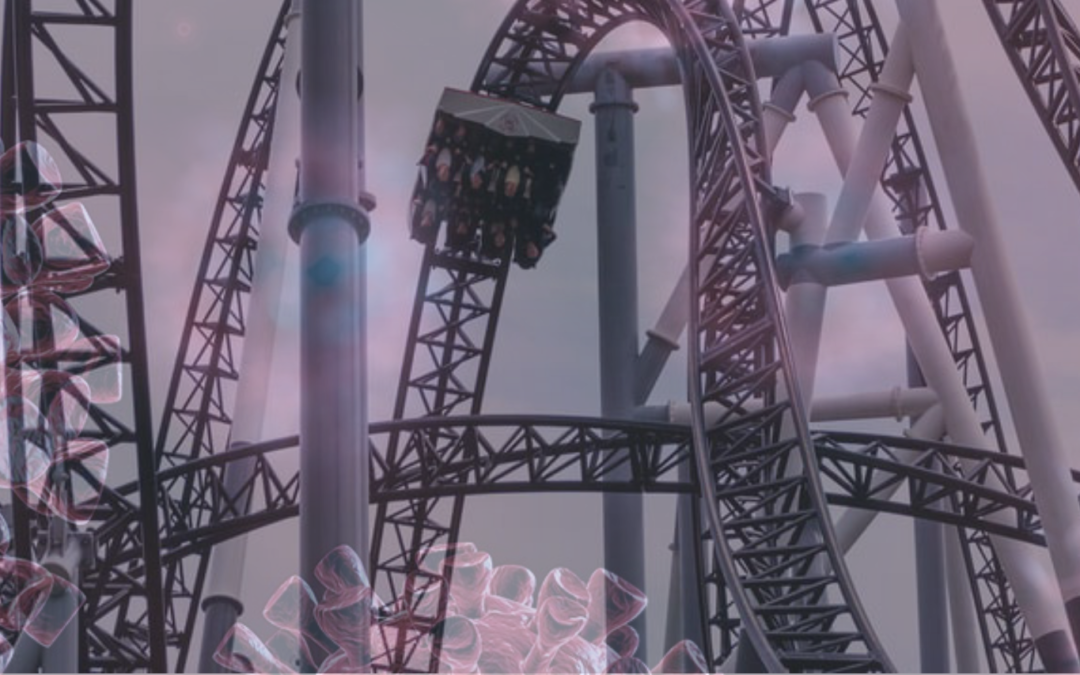 Preston Cooley planned to be a sports broadcaster but God intervened

I was born and reared in two different places at the same time: the church and Clemson, South Carolina.

As a native of the Upstate, I had a sense that my blood ran orange and I had only one college to choose from after high school. So, that’s exactly what I did.

As a native of the church, I had always had the drive to remain invested in congregational life. So, that’s exactly where I am today.

I grew up at First Baptist Church in Clemson where my most formational time was with the youth group under the leadership of Tiffany Hamilton. Tiffany was the strongest influence on my desire to pursue a calling to ministry.

The summer after my sophomore year at Clemson University, Tiffany set me up with a summer internship at Trinity Baptist Church in Seneca, across Lake Hartwell from Clemson. Prior to this internship, I was studying communications and was very interested in a career in sports broadcasting.

That summer at Trinity was so transformational that when I returned to campus for the fall, I switched majors to philosophy and religion and worked part-time at Trinity for the Children’s Ministry.

I had completely switched gears and wanted to become a youth and/or collegiate minister. During my time at Clemson, I attended the Collegiate Baptist Fellowship at FBC Clemson led by Casey Callahan. Casey was also very influential on my desire to be a part of church leadership.

When I graduated from Clemson in December of 2014, I attended McAfee School of Theology and took over the role of Youth Minister at Trinity. McAfee was an amazing place. I grew tremendously as a person and minister while I was there. I also attended my first CBF General Assembly in Atlanta with Tony Vincent, our Associate Minister at Trinity.

Doing school and ministry wasn’t always easy, and there were definitely some rough patches. Thankfully, I had people like Tony and our pastor, Ryan Wilson. Working with them and seeing the example they set has really helped make me into a better minister, husband, and father.

In 2019, I graduated from McAfee and was ordained at Trinity. I am now that church’s full-time Youth and College Minister.

Doing ministry during this time of COVID has been a roller coaster, and it is still up in the air about what we will be able to do this fall. We have been able to do some virtual events and have small group gatherings, but the novelty of Zoom meetings wears off quickly!

I am also very excited about the opportunity to be a CBF Fellow, even if that too will be impacted by COVID. I know it will still be a tremendous learning experience and having already met many of the other participants, I know it is going to be a great group to work with!

Thank you to Trinity and CBF for creating and encouraging opportunities like the Fellows program! 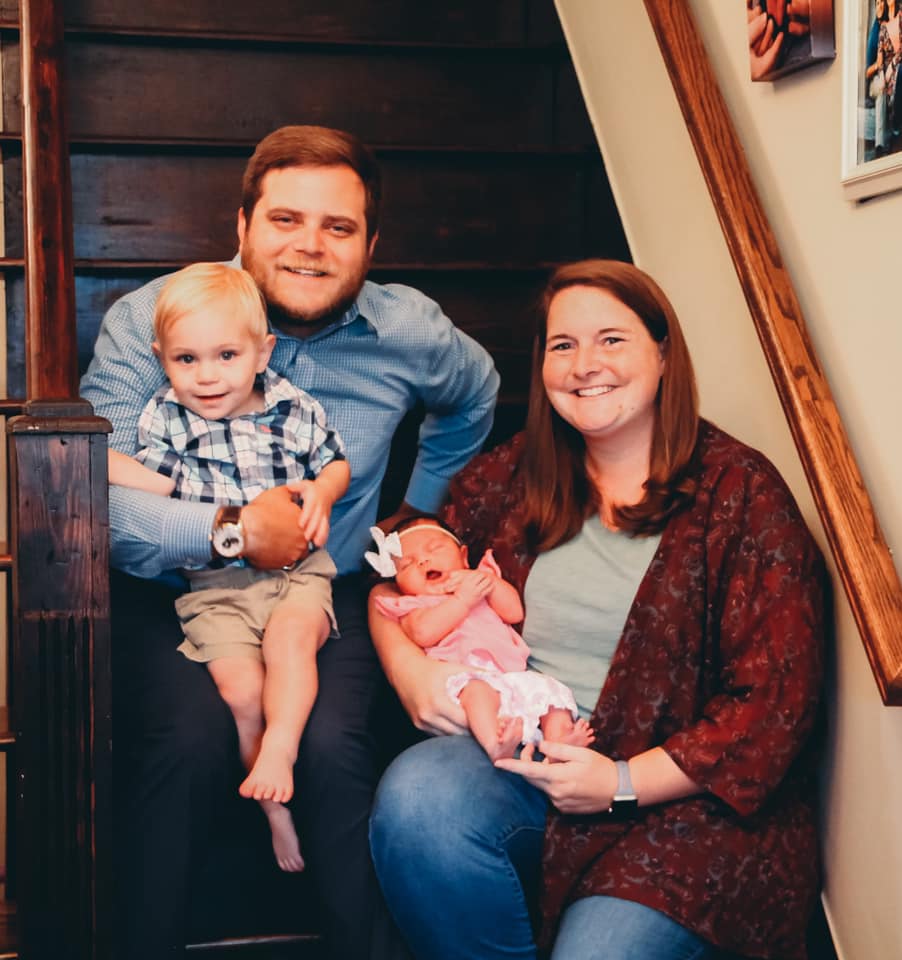 While a part of the Clemson Collegiate  Baptist Fellowship, Preston met  Kelli Callahan. Kelli and Preston married in 2015 and they are the parents to Liam and Savannah. Kelli is a special needs teacher at Seneca High School.

Kelli had also been the part-time Youth Minister at Trinity Baptist Church while a student at Clemson  and before she became a teacher.

The CBF Fellows program assists young Baptists clergy who are in their “first-call” in making a healthy transition from seminary to congregational ministry. Preston is one of 16 Fellows named for 2020-2022.

The 2020-2022 cohort is the fifth group of ministers named as CBF Fellows, bringing the total number of Fellows to 98. They represent a variety of CBF congregations, nine CBF states and regions, and 10 seminaries and divinity schools.

Lucy Cauthen at Boulevard Baptist Church in Anderson is another CBF Fellow. Read her story. 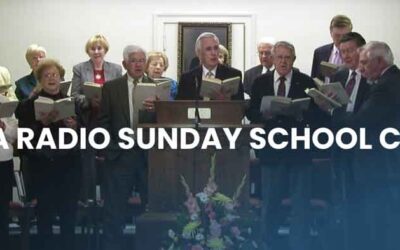 Since 1934, FBC Anderson has offered a Sunday morning hour-long radio Bible study class. The broadcast includes prayer, Bible reading, and a variety of music led by the Baraca Chorus, along with the lesson from the Bible. Lawrence Webb, the teacher of the class for 29 years, tells the story, in his own words. 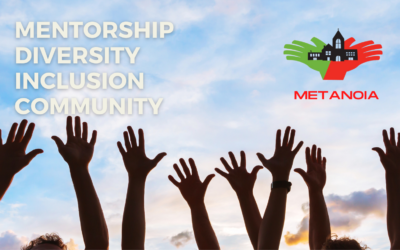 A Metanoia ‘marathoner’ is leaving

Stacy Brown was 19 and still in college when she joined the Metanoia team in 2005. Now she’s taking all she’s learned about mentorship, diversity, inclusion, and community to her new job with Charleston County schools. 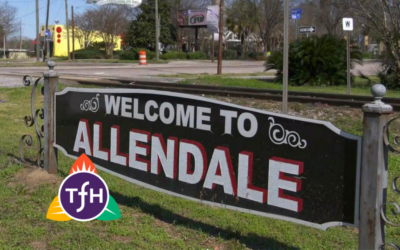 Together for Hope expanding in South Carolina

We are expanding to serve all 10 counties in South Carolina that come under the umbrella of Together for Hope, CBF’s rural poverty initiative. To make this effort successful, we are adding other non-profits to our coalition.