When Metanoia began with loving and generous support from CBFSC, we started in neighborhoods with the highest concentration of child poverty in South Carolina.

Evelyn and I were hired by CBF to affect change in this statistic, and we began with after school programming for students in 2003. People see clearly how our education programming is helping children in poverty. But it was in working with those children that we learned about how many were living in deplorable conditions because of absentee landlords and a lack of quality affordable housing.

When we renovated our first two homes way back in 2005, Metanoia was the first to buy and renovate property in our neighborhood in two to three decades, but times are changing.

We are located on the Northern portion of the Charleston Peninsula with the Cooper and Ashley Rivers on our East and West. Less than a mile to the North lies a community where housing values have grown six times what they were when we were doing those homes in 2005 and immediately to our South there are hundreds of luxury condominiums being built.

When Metanoia purchased our first two homes for renovation, we had been the first people to call the owners of those properties about selling in many years.

Now, when we work to acquire a property, we are usually not the first person to call about that property in a single week. Evelyn and I are getting multiple requests per week to sell our home in the community.

The trend of gentrification

This national trend is called “gentrification” and is the process of turning the occupants of a neighborhood over so that lower income residents can no longer afford to remain. Generally, this is happening in the urban core of many cities across the country, which leaves lower-income people moving farther out of town with less access to public transportation or essential services.

Seeing this trend, Metanoia raised funds in 2016 to purchase property in our community and we have purchased more than 40 lots to preserve them as affordable rental and homeownership housing. Currently we have 26 units of housing fully funded and either in the permitting or construction phase of development. This represents a significant growth of this area of our work.

We are in a race against time because, according to realtor.com, the Charleston region has the fastest rising housing prices in the nation and according to a study by Princeton University economists, North Charleston has the highest eviction rate in the US as well. It is a dangerous combination we are working to confront. 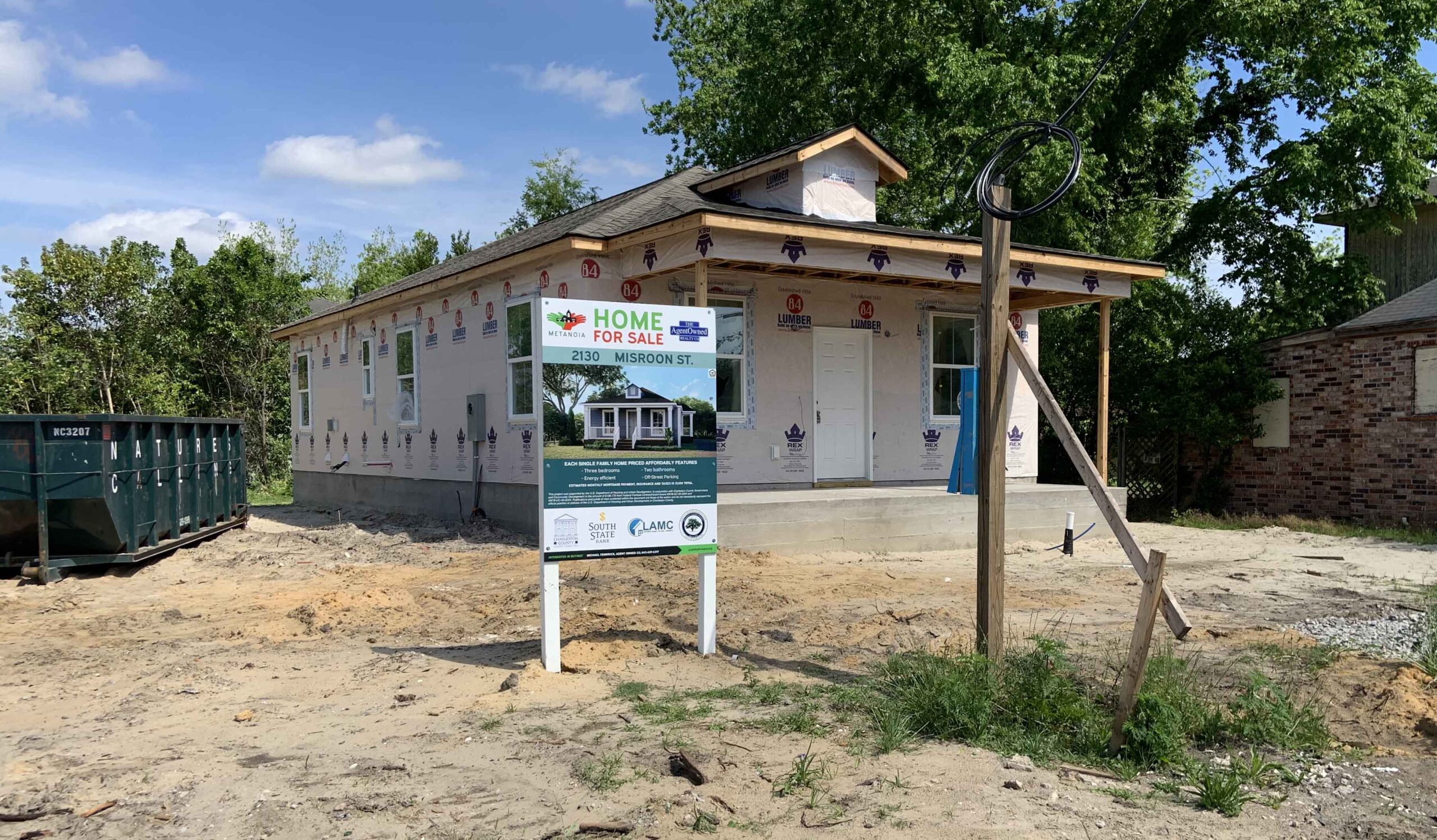 Pictured on this page are some of the new homes Metanoia is building on Misroon Street in our community. These homes will be sold to first-time homebuyers who could not otherwise afford to purchase such a quality home in North Charleston.

I’m amazed at the stories people tell as they enter into our housing and finally find some relief.

…The single father who had to live with his parents and drive an hour each way to work his sanitation job for a local municipality. After moving into a Metanoia home he is ten minutes form his job and eight year old son has his own bedroom for the first time in his life.

…Or there was the single mother of three that had spent time living with her children in her car as well as bouncing between temporary living situations with friends because she just could not find anything she could afford despite her steady full-time job.

For the students in these families I am convinced there is NOTHING we could have done to better guarantee their success than to stabilize their family’s housing situation.

In the Isaiah 65, the prophet proclaims a “new heaven and a new earth” for God’s people by saying that “They will build houses and dwell in them. . . no longer will they build houses and others live in them.”

We are rapidly approaching an economy in Charleston that will forbid God’s vision because those that build the houses (or teach in the classrooms, or patrol the streets, etc.) cannot afford to live here.

Metanoia’s work is sharing God’s love by keeping the possibility of Isaiah’s vision alive in the community we serve. We are so grateful for the continued and generous support of CBF of SC for making all of this possible!

Gentrification: The process whereby the character of a poor urban area is changed by wealthier people moving in, improving housing, and attracting new businesses, typically displacing current inhabitants in the process.