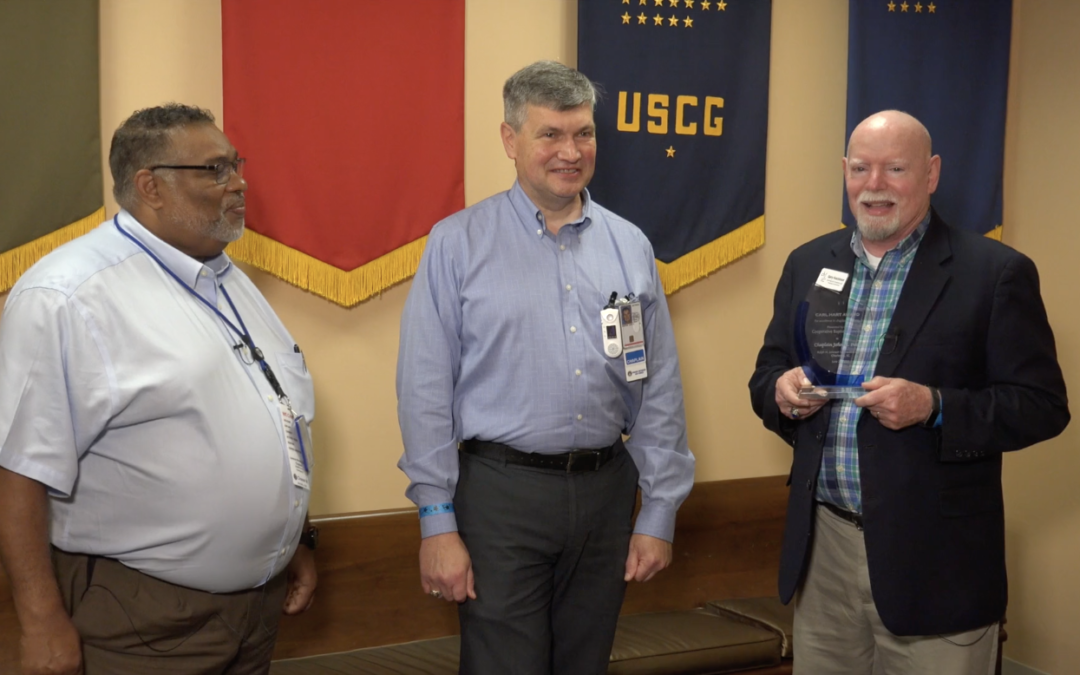 The challenges and joys of working with veterans

I have been an Air Force Reserve Chaplain since September 1997 and I am still serving. My assignment is at The Pentagon where I serve as Mobilization Assistant to the Deputy Chief of Air Force Chaplains. I began my work as a full-time Chaplain at the Ralph H. Johnson VA Medical Center in September 1998. At the VA, my specialties are Hospice/Palliative Care and Moral Injury.

My general ministry goal is to gently and lovingly reconcile people to God and to one another. In the medical setting, this process often takes place rapidly – for example, in the case of a dying patient hoping to reconcile with an estranged child.

Veterans frequently struggle with their relationship to God; there are things they have been ordered to do that have conflicted with their understanding of what God requires of them.

Some have abandoned their faith in light of the horrors of war or suffering. Each journey with each veteran is different. It’s like walking a new path every day — a remotely familiar path because of my experience, and a secure path because of my faith, but an unknown route on the way to reconciliation.

My daily challenge is to define the unique skills and gifts that Chaplains bring to caring for military members and veterans. I have sensed throughout my career that Chaplains sometimes work hard to imitate the skill sets of social or mental health specialists.

Chaplains are here to provide spiritual care – worship, rites, prayer, and spiritual counseling – to those we serve; this is our unique core capability. My goal is to daily validate the effectiveness of this capability in a rapid-paced, interdisciplinary setting. What do Chaplains uniquely bring to the table? That is the question I have to answer daily as a Chaplaincy professional.

My greatest joy is experiencing the moment of reconciliation among a veteran, his or her family, and God. Whether that be the relief of having the burden of a moral dilemma lifted, the hug of two previously estranged family members, or even the “good death” that follows a veteran’s reconciliation with God. These are holy moments, and the ones that make the “tough days” worth fighting through.

COVID has not so much changed my ministry as my ministry platform. I have remained at the Medical Center throughout the pandemic, but instead of an in-person visit to a room, I visit via video on a tablet, or make a phone call. Instead of an in-person group, I see all of the faces of my group members on the computer monitor. I am something of an introvert, and in some strange way conducting the visits from the privacy of my office into the patient’s living room or porch feels like a very comfortable, focused, and personal conversation.

Connection to CBF and CBFSC

Stacey and I have been connected with CBF since our seminary days, when we attended Crescent Hill Baptist Church in Louisville. Since that time, Stacey and I have contributed to the CBF General Fund and regularly supported field personnel. Of course, I am endorsed to Chaplaincy at both the VA and the Air Force Reserve by the Cooperative Baptist Fellowship. We and our children have participated in CBFSC missions projects in Allendale, on John’s Island here in Charleston, and at Metanoia in North Charleston. We are proud to be members of CBF and CBFSC. 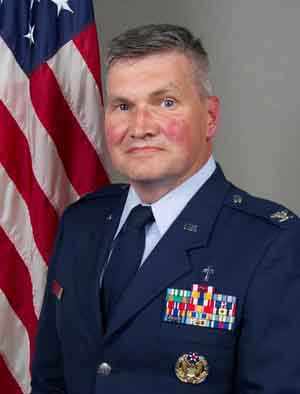 I was born and grew up in Gaffney, SC, a town that many will recognize as the location of the one million gallon peach-shaped water tower or as home to one of the best high school football teams in the state.

My family was active in church throughout my life. We attended West End Baptist Church in Gaffney, where I was baptized when I was nine years old. The church remains a very special place to me because of the generations of men and women who taught me the faith and lived the faith daily.

I also had several high school teachers who were great men and women of faith. One was Ted Ballard, a former POW of the Vietnam War. He mentored me and encouraged me as a young person, always sprinkling our conversations with his Christian faith. He encouraged me to consider serving in the United States Air Force. I even took flying lessons in high school in order to better prepare me for the journey. I had earned my pilots license before I had my driver’s license!

After high school, I entered The Citadel, the military college of South Carolina, with aspirations of becoming an Air Force pilot. I participated in the religious program at The Citadel, and during my junior year had the opportunity to serve on the college’s Religious Council. My work on the Council exposed me to a variety of faith groups and faith practices. I became fascinated by the devout faith practices of various religious groups.

By my senior year, I had decided to attend seminary and prepare for a calling to chaplaincy. I had also met Stacey, who grew up in Charleston, and we were engaged to be married the following year.

I attended Southern Baptist Theological Seminary in Louisville beginning in the fall of 1989. Stacey began a year later. We both completed our Master of Divinity Degrees and I went on to complete a PhD in Old Testament Literature. I loved the opportunity to spend these years in spiritual reflection and, despite the period of denominational controversy that swept through Southern Baptists in the early 90s, I felt well prepared for ministry.

In 1997, I entered the Air Force Reserve as a Chaplain, and in 1998, I began work as a Chaplain at the Charleston, SC, VA Medical Center. These ministries were the perfect mix of ministry and military service, the mix I felt God had called me to pursue.

As far as church attendance, we initially attended Stacey’s home church (and the church I had attended while at The Citadel), Rutledge Avenue Baptist.

I was then assigned to conduct Sunday services at the VA, and my family attended these services for several months. We began attending Providence Baptist Church around 2000.

We currently attend the French Huguenot Church in Charleston. The theology, liturgy, and traditions of that church are very inspirational to us. We are supported by the humble and devout people who make up its membership. Stacey comes from French Huguenot lineage. 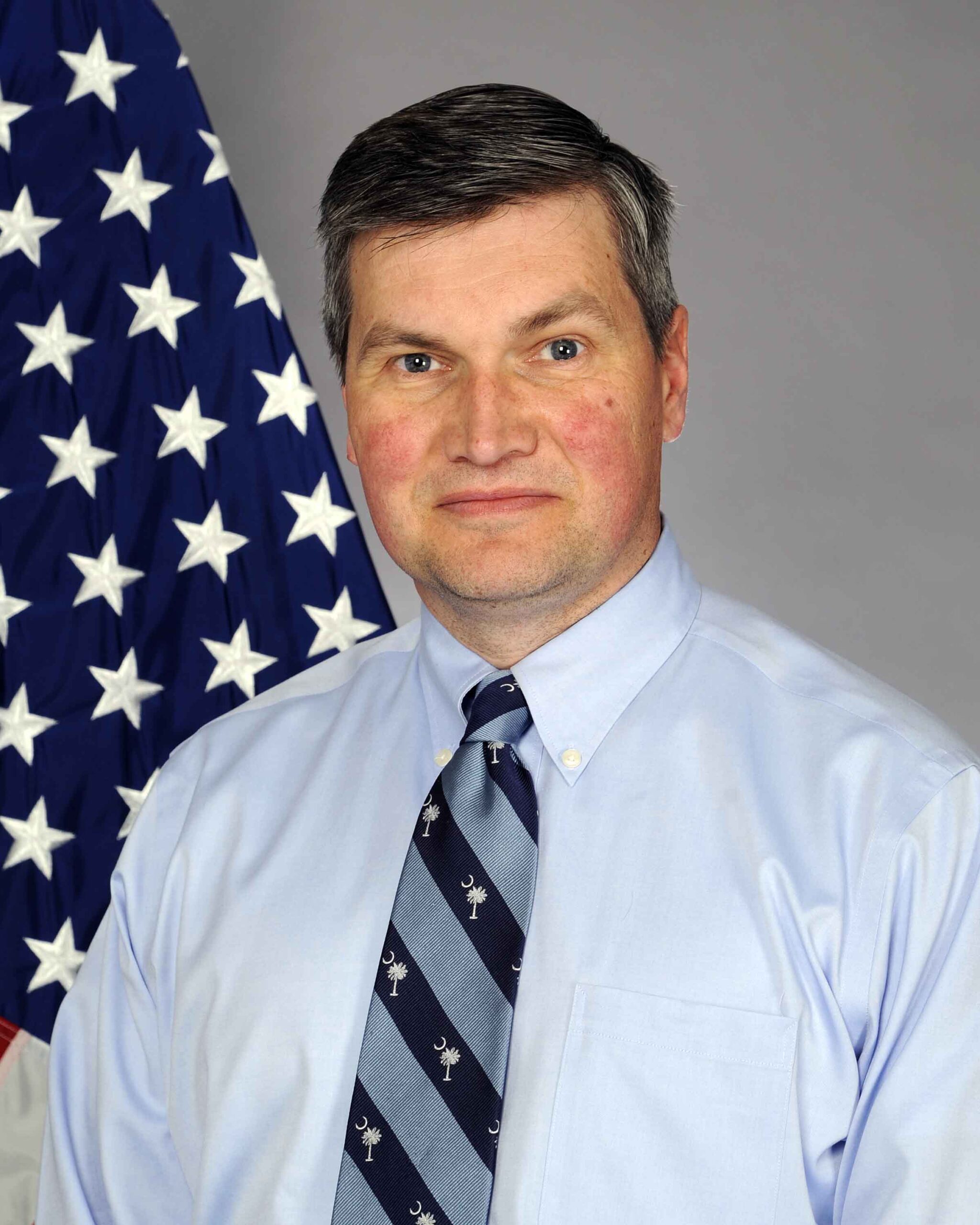 The Carl Hart Award is presented annually to a CBF-endorsed chaplain or pastoral counselor to recognize outstanding ministry. The award is based on demonstrated excellence in ministry, sustained performance over time and involvement in CBF life. The recipient must also have have served at least 5 years as a CBF endorsed chaplain or counselor. The award is named in memory of Chaplain Carl Hart.

The Cooperative Baptist Fellowship currently has more than 785 endorsed chaplains and pastoral counselors who are actively serving in a variety of specialized settings. CBF-endorsed chaplains serve in each branch of the United States Armed Forces, medical centers, correctional institutions, hospice organizations, police, fire and rescue departments, colleges and universities, businesses and industries, retirement communities, the Department of Veterans Affairs and Civil Air Patrol as well as in many other specialized settings. CBF-endorsed pastoral counselors serve in counseling centers, interdisciplinary settings and on church staffs.