Christen’s journey to help women in Senegal be self-sufficient 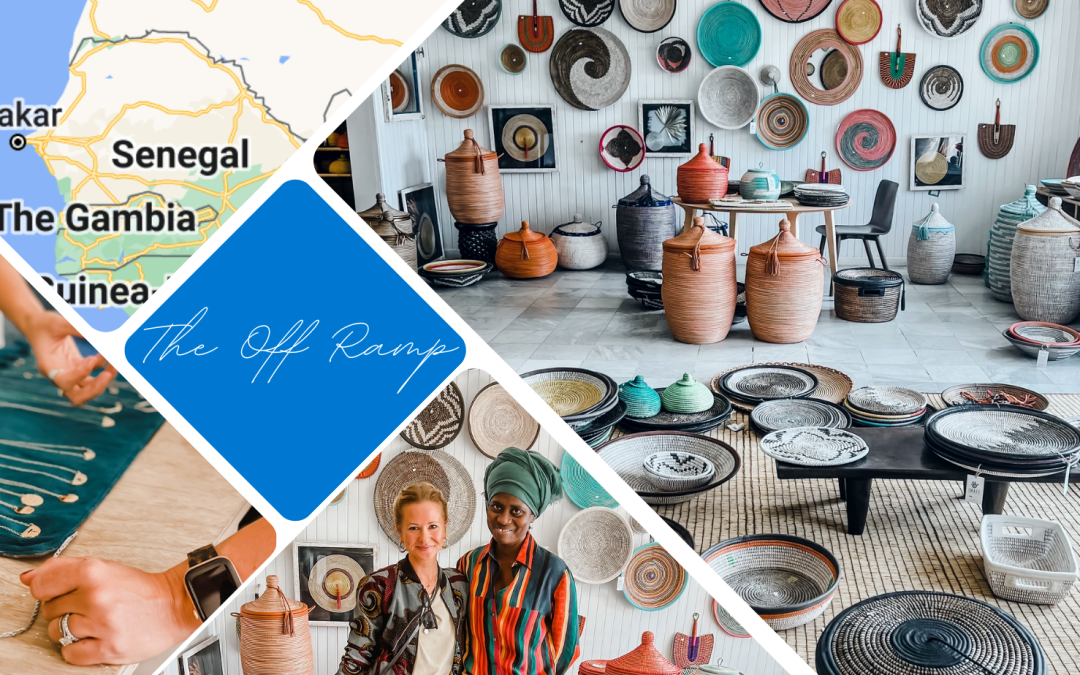 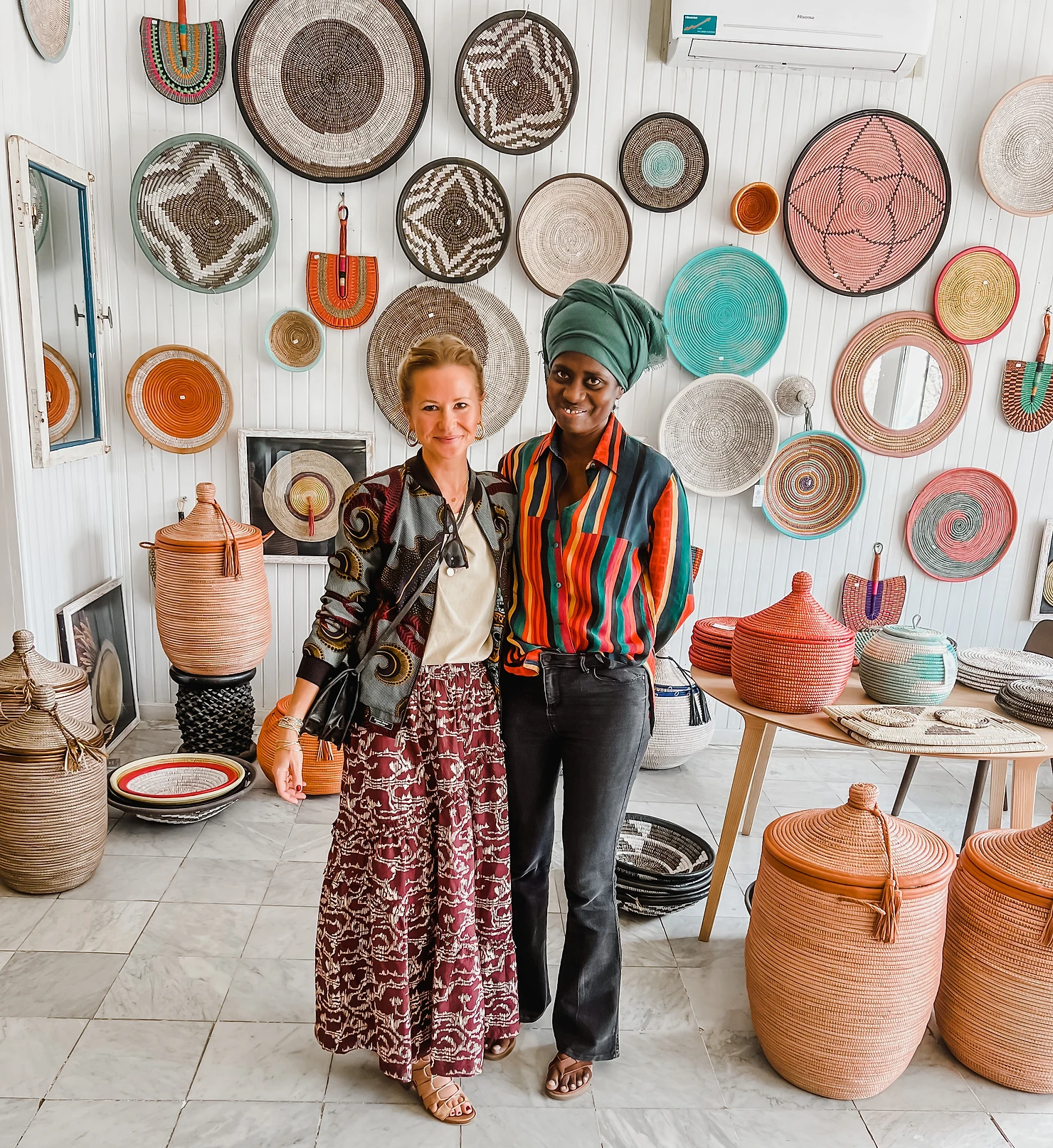 Christen Kinard and Fatou in Dakar, Senegal. Fatou is responsible for organizing women to make and market baskets, like those hanging on the wall. Christen is talking with Fatou about selling the baskets through The Off Ramp and/or Threads by Nomads.

Fatou is not (yet) an official partner for The Off Ramp, but Christen expects she soon will be.

As an introvert, it can be awkward reaching out to strangers with a meeting request. Yet, Christen is doing a lot of that in Dakar, Senegal.

She is there for about 10 days to explore potential partnerships for The Off Ramp and source new products for Threads by Nomad. “I’m reaching out to strangers who have organizations and companies that I think would be a good fit and asking for meetings,” she said. “Not a single person has turned me down! In fact, every single person has responded positively. Still, I sat in a cafe near the Corniche in Dakar, with espresso-fueled courage, still sort of hoping the first person I was going to meet with wouldn’t show. My fellow introverts understand.”

“But, wow, am I glad she did! Fatou walked into the cafe, and the energy of the space lifted. Bright, intelligent, personable—she sat down and for the next two and a half hours she shared her story with me, her passions, her values.”

Fatou’s story started when, as an architect, she moved to Dakar and wanted to buy a white basket for her home. At the time, only multi-colored, bold baskets existed. She spoke with vendors who only knew the resellers; no one seemed to know anyone who actually made the baskets.

Fatou eventually encountered a group of local weavers whom she convinced to make a totally white basket. A friend who sells jewelry on Facebook started using Fatou’s custom baskets in the background of her product shots, and when people inquired about them, she gave them Fatou’s number—without permission.

“I finally stopped answering the phone because everyone wanted to order baskets, and I was an architect. I wasn’t taking orders!” One woman was especially persistent, however, and Fatou eventually agreed to help some the weavers in a local village outside of Dakar to  fill a 300-piece order for a company in Sweden. She had to help them figure out fair pricing. She personally paid for the first order of 300 baskets that were all varying (and incorrect) sizes—she hadn’t realized that, having never gone to school, the women wouldn’t know how to measure the width and depth for consistency. And when her contact in Sweden gave her a commission on the final order, she reinvested it in a local school and built them a bathroom.

Fatou now works with 20 salaried weavers in Senegalese villages and over 100 weavers total. She continues to reinvest profits in local projects like school bathrooms and the distribution of sanitary pads to girls in schools in villages outside of Dakar.

It is when she spoke of the need for sanitary pads that she, too, started to tear up. She explained that too many organizations try to address child marriage through education, without realizing that often the reason that girls leave school is because they can’t catch up after missing class often…because they don’t have access to sanitary pads.

She spoke, choking up, about the women weavers who have been empowered to leave violent marriages because they now have a reliable source of income.

Entire communities of women are being changed, lives are quite literally saved, because of  Fatou’s commitment to her work. She, like us, believes that business can be a source, maybe the most important source, of good, of positive change.