Lane’s commitment for the year

In January, CBF hosted a seminarian retreat, where students from all over CBF life came together for rest, retreat, and discernment. I was fortunate to be asked to lead a small group during this two-day retreat.

I am just starting my second semester at Central Baptist Theological Seminary, so it was especially helpful for me to participate, both as an attendee and as a leader.

During this retreat, we had to come up with a word for this year. We then wrote it on a sheet of seed paper, and planted it. The word I chose for this year is courage.

For me, courage is always doing what is right, and standing up against injustice. It’s being brave enough to start something new, and still walking through fear and anxiety. For me, being courageous means showing up.

I am thankful to be a part of a fellowship that invests so much in our seminarians, because the people I was with during this retreat are the future of CBF. 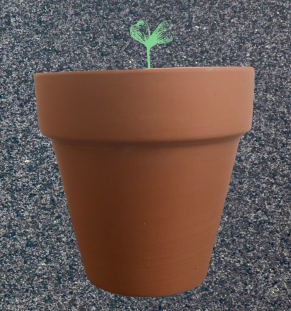 As I watch this plant (hopefully) grow this year, I will be reminded of my commitment to be courageous, and of CBF’s commitment to invest in me.