In its 87 years on the air, the Baraca Radio Sunday School Class from Anderson’s First Baptist Church shares the name of a nationwide outreach ministry that predates the invention of radio.

“Baraca,” which in Hebrew means “blest” or “blessing,” became the name of an effort to enroll men in Bible study in the First Baptist Church in Syracuse, N. Y., back in 1890.

In the time when Sunday school was almost exclusively for children, a member of the Syracuse church went to his pastor, confessing he had drifted away from the Lord, neglecting his family and his church. He wanted to get other men in Bible study in hopes this would keep them from making his mistake.

The pastor readily agreed — as most any pastor would.  So they enlisted 15 men to start the class. By the end of the first year, 150 men attended regularly.

Word soon spread to churches of various denominations in Syracuse and beyond.  This started the national Baraca movement, involving thousands of men in Bible study.

Early in the 20h century, the Anderson church started adult classes, and the men soon adopted the Baraca name —  all this about three decades before Anderson had a radio station.

Starting in April 1934, the Baraca Radio Sunday School Class has touched the lives of countless listeners.

Two teachers have taught the class for a combined tenure of more than 70 years:

• The Rev. Lawrence Webb, current teacher, with 29 years to his credit, has served congregations, written for and edited religious and secular publications, and is an emeritus professor at Anderson University.

Following the general pattern of a worship service, the hour-long broadcast includes prayer, Bible reading, and a variety of music led by the Baraca Chorus, along with the lesson from the Bible.

Phil Marett, in charge of music since 2003, follows the lead of his father, Dan Marett., Sr., who directed the music 50 years. Other Marett family members have led singing or sung solos as well as in ensembles and in the Chorus.

“We’ve heard from many across the years who depend on Baraca for a regular part of their spiritual nourishment,” Webb said. “Some of these cannot go to church. Others simply do not go to church.”

Some people plan the drive to their church so they can listen to the program on the way, he said.

“I did a funeral for a homebound lady I had never met.” Webb added. “Her nieces told me, anyone in her house on Sunday morning when Baraca came on was told to sit down and listen,”

“One day after I attended a funeral in another church, a friend and I stood in the vestibule talking. I noticed two women across the way, and one of them kept looking our way.

“Finally she came over and asked me, “Are you Lawrence Webb?”

“Figuring I probably had preached in her church sometime or other, I told her I was.

“She said, ‘I recognized your voice. I listen to the Baraca Class.’” 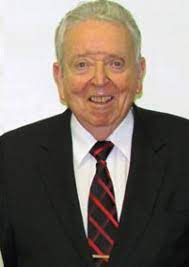 Lawrence Webb is the teacher of the Baraca Radio Sunday School class. He has been involved with CBFSC life since its beginning. He and some of his students at Anderson College produced some of CBFSC’s earliest communications.

Today the class is not only on the radio but also posted to the church’s website.  Listen to a class.