Up to his knees in water no more

Major Hollins served his community for many years as a firefighter for the City of Charleston. Through hard work and saving a little at a time he was eventually able to purchase a home in North Charleston within the communities that Metanoia serves.

Now in retirement Mr. Hollins found himself in deep water whenever it rained. The small leaks he’d once considered to be minor nuisances inevitably became bigger problems. Eventually water damage caused the ceiling in his dining room to cave in. Every rainstorm brought about anxiety and a constant attempt to manage water intrusion into his home.

Mr. Hollins eventually contacted Metanoia about its program to repair homes for homeowners on fixed incomes. For many working families in our country who own their own homes, their home is their leading family asset. By keeping homeowners in their own homes, Metanoia is preserving some of the most important citizens that contribute to the safety and stability of their neighborhoods.

Mr. Hollins worked with Metanoia’s Housing Director Anthony Joyner to get a new roof put on his house so that the leaks stopped. Now, when rain comes, he doesn’t have to worry about the helpless feeling of watching water come into his home and doing further damage.

Metanoia’s work is centered around investing in the strengths of the communities we serve rather than just focusing on their problems. Mr. Hollins has given his career to make sure people in our area were safe from fire. It is an honor for us to provide him a little assistance to make sure he is safe from rain. 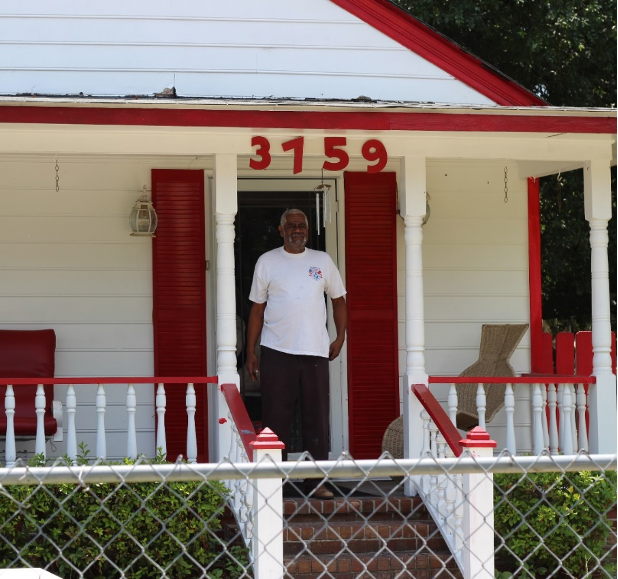 Major Hollins no longer has to worry about water damage to his house, thanks to Metanoia’s house repair program.

The COVID 19 Pandemic has reinforced the need for this work as many people are having to spend far more time at home.

Over its history Metanoia has renovated more than 110 homes for low-income homeowners. We provide them with essential health and safety repairs that help to extend the longevity of their home and provide a safe living environment.

Part of a broader effort

Our repair programs for homeowners are a part of a broader and more comprehensive effort to stabilize and improve housing for people across the neighborhoods we serve. Metanoia also renovates vacant homes and builds new homes for affordable homeownership and rental opportunities in the communities we serve

By preserving local homeowners in their homes and creating new housing opportunities in the neighborhoods we serve, Metanoia seeks to have our neighborhoods look more like the diverse and vibrant kingdom of God, where everyone has a place and everyone belongs.

Your gifts to the Beverly Greer Offering for State Missions help make it possible for us to support Metanoia’s work.